This is not a scientific review of any means. We are a production house always looking for great tech gear that will do things faster, easier, better and lighter than before. The Panasonic Lumix GH4 fits all of these categories and has improved our entire production process greatly. So when I was looking for a new smart phone that I could upgrade from my very old iPhone 4… I was looking for a few features that would help me in productivity and possibly in production.

Nowadays, we use our smart phones primarily as a camera – almost 60% of the time and as an internet reading and posting device 35% and possibly as a phone to make calls 5% of the time! So when looking for a new smart phone I wanted a device that could replace a good compact camera and a tablet. I wanted one device that I could surf on, research, make notes, post on social media, take great pictures, edit pictures, interact with a PC or Mac easily, transfer files easily and have great battery life. A lot to ask right? But I found one!

In a production company like ours – we use our phones daily for:

So, what I was looking for in a phone – I eventually found in the Oppo Find 7a. These were the features that sealed the deal for me:

1) Has a removable battery: although I’ve not yet had to change the battery because battery life is so good (generally about 16 hours of normal to moderate usage) I wanted this ability in case I ever needed to change out the battery during a long flight or long day out on shoot. It’s so much lighter to carry another battery than to have a brick of a charger that then has to be linked to your phone for a couple of hours whilst it’s charging.

2) Battery charges in 45 mins on average. In fact in 30 mins you get a 75% charge with their Rapid VOOC charging system which uses a 4.5A charger vs the typical 2.1A charger which would take about 3hours. This has been a boon for me – saved me many times when I’ve forgotten to charge overnight. 30 mins later and my phone is practically full. Simple and quite a life changer compared to my old iPhone which required a few hours to charge.

4) Has a 50 mega pixel photo function or Ultra HD which allows you to take photos at 50MP size – the camera actually stitches 10 photos from the 13 megapixel camera into one. It works incredibly well even with shaky hands. Simply implemented and very user friendly. The 13 mega-pixel camera IMX214 CMOS sensor by Sony with an f 2.0 aperture which works well in low light – surprisingly much better compared to the iPhone 5s. I haven’t made any comparisons to the new iPhones yet but against the 5s the Oppo is a clear winner in low light. 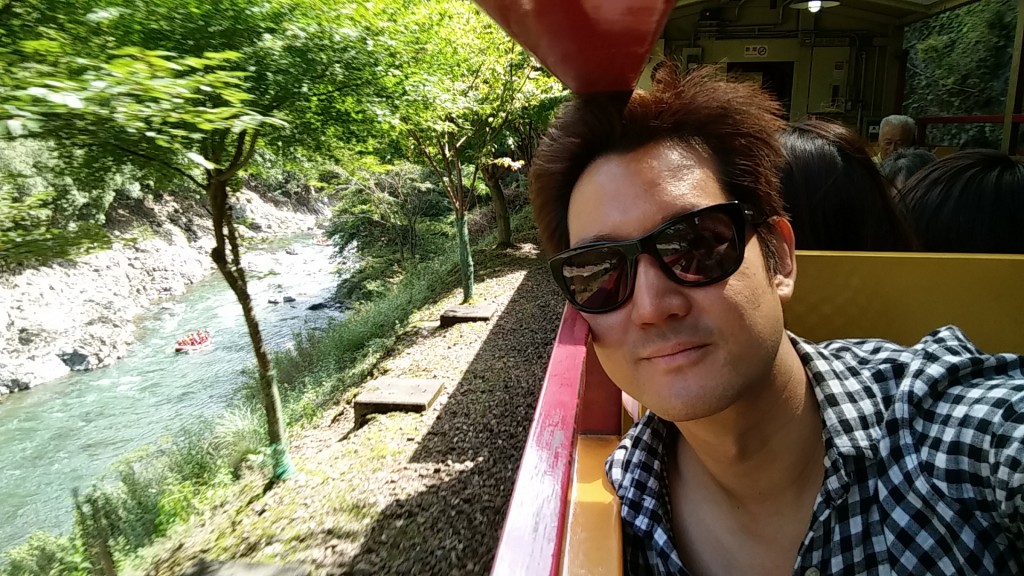 6) 4K video: this blew me away – I’m able to collect 4k video footage to use on our broadcast productions wherever I am. Out the window of a plane, on my travels round the world – I have a 4k video camera in my pocket. I used to carry the Panasonic Lumix GH2 or GH3 with me everywhere but neither of them shoot 4k video. Why would you want 4k video? Well, when you downsize it to 2k you actually get incredible looking 2k footage with more color information and it’s very usable in any production.

7) Long exposure: ever wanted to do long exposure shots of night scenes whilst on holiday? In the past I’d have to get out my dSLR, big tripod, set the shutter speed – check exposure by shooting a few shots then decide on a nice exposure, set it and then shoot again. This Oppo Find 7a implements this function so beautifully. Just tap to focus lock, then set the seconds (up to 32 seconds) for long exposure and tap the shutter button. I use a tiny light weight tripod and it’s now always in my bag. Photos below to demonstrate the sort of low noise night shots you can achieve using this feature. 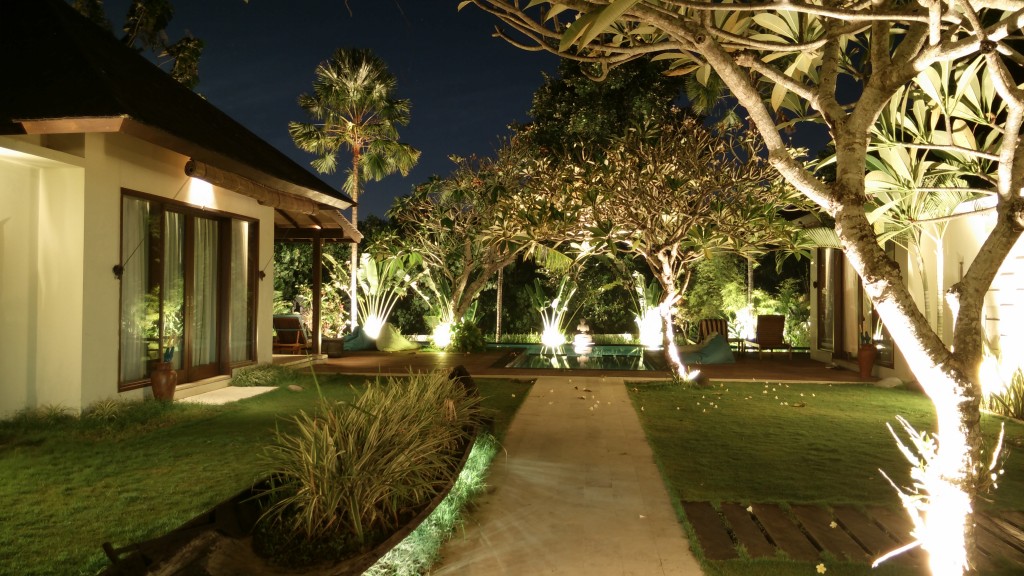 8) The ability to shoot RAW and the ability to rename photos and add notes to each photo. Renaming is great particularly if you’re uploading to wordpress or blog sites and want to rename the photo for SEO reasons – pretty important actually. Also very useful when you plugin your phone to any desktop and use it like a hard drive so you can access your photos. This way you can search for and find photos you’ve previously labelled instead of having to either use another piece of software like iPhoto or image capture. You can deal with the photos like any file on a thumb drive. Really easy and user friendly.

9) The ability to re-theme your entire homescreen. I use THEMER, a third party app which allows you to basically create any theme or UI to use your phone with. Amazing!! Now, this might not be for everyone but once I started playing with it and downloaded a few ready made themes from others (free) I was able to have a homescreen that organized all my important apps into a screen that was always 2 clicks away. Efficient and great for productivity. This function has unlimited functionality – on top of the fact that I was just bored of the design of the Apple or stock Android home screen, flipping pages and having to manually organize apps into categories. THEMER does a lot of this for you. It’s plug and play but has limitless possibilities to add your own wallpapers, designs, widgets, live updated text (including info about weather, news, unread SMS’s, unread Emails, current music playing). For example one of the features I love is that I create a play and pause button on my homescreen to start and pause whatever I’ve been listening to from my music player. No need to open an app! 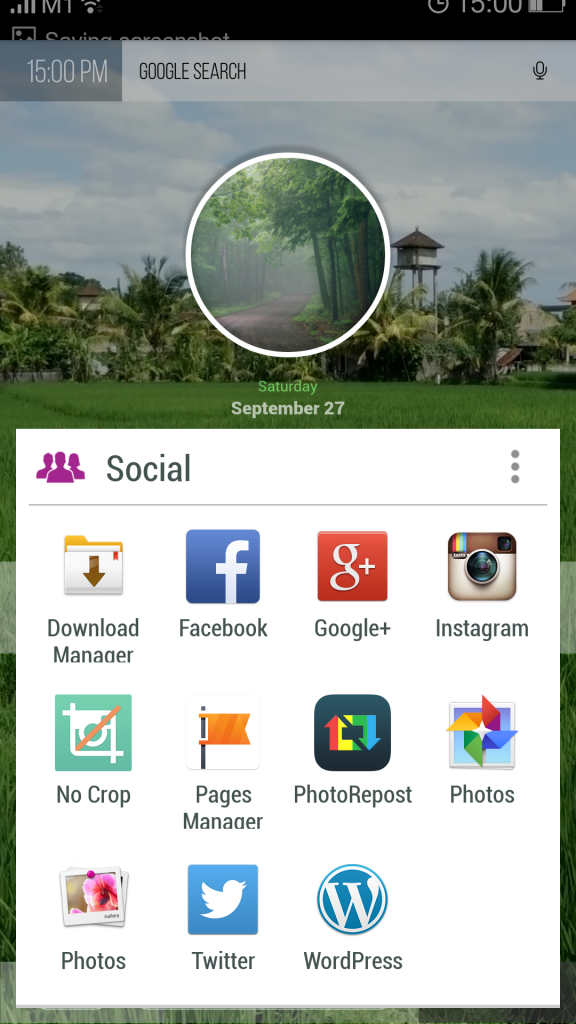 Every app is just two clicks away. No swiping of screens. Easy to organize too!

10) Quick ability to close all apps in one click! Used to hate having to swipe to close each and every open app on the iPhone. Maybe there’ll be an update that’ll change this but there is a CLOSE ALL button on Android that’ll quit all open apps – great to reduce battery drainage.

11) NFC. Although I haven’t used this yet I’ve ordered NFC stickers that will enable me to simply touch the phone against a sticker on my front door to switch the phone from WIFI to Mobile data. It can be programmed to do numerous functions like the ability to quickly pair a phone to a speaker just by tapping. Very useful – I’m now habitually turning off WIFI when I’m out to conserve battery (so my phone isn’t constantly searching for an communicating with every WIFI network out there). Incidentally Apple has also introduced NFC on the newest iPhones but it can only be used with Apple Pay when it comes out in October 2014.

12) The micro USB interface is useful because it’s everywhere. The phone can be basically used as a hard drive when connected to a computer. You do need a free download Android File Transfer  but once you have this – you can basically interact with your phone as if it’s a normal hard drive. Drag and drop any file you like including music, photos, documents. Simple, user friendly – works! You can also plugin any USB hard drive via this cable and access files, movies and music. Particularly useful if you’ve got a pile of movies on a hard drive that you’d like to watch when on holiday. No need to move the movies to your phone – just plug in the hard drive, access the files and play! Simple! Elegant. User friendly. With the iPhone I used to have to convert movies to an iPhone friendly format, transfer using iTunes to my phone whilst worrying about the limited, non-exchangeable memory! Always a frustrating experience.

14) Great speakers – except that it’s rear facing. However, it doesn’t seem to reduce the quality of the sound even when it’s resting on a table – the curvature of the phone seems to avoid blocking of the speakers except on softer surfaces like a bed or sofa. A large part of the great quality sound is attributable to their use of the Waves technology which won a technical Grammy.

Here’s a comparison between the iPhone 6 plus and the Oppo Find 7a. He doesn’t mention many of the features I’ve added above which really make all the difference – at least to me! It’s also great to know that a phone that was released quite awhile before the iPhone 6 plus is in the same league and in my opinion surpassed the iPhone in may ways at an incredible price.

Here’s another great detailed review from STUFF  – this review covers the Find 7 which is the newest upgrade but the features are pretty the much the same – the main difference is that the Find 7 has a Quad HD display – pretty impressive.

Here’s a video about the Ultra HD photo function:

Here’s a collection of photos taken on the Oppo Find 7a. Some night shots were taken hand held others were taken on a small tripod using the long exposure mode.